Carrie Fisher has died at age 60 after suffering a heart attack while on a flight.  Fellow passengers gave her CPR and later rushed to hospital.  Her mother later tweeted Carrie was in ICU.

Carrie Fisher was previously said she wanted her obituary to say “drowned in the moonlight, strangled by her bra” 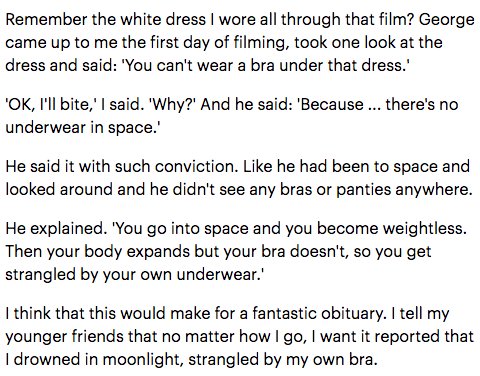